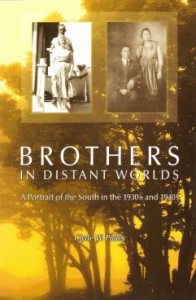 This is Clyde Pulley’s third book on his native South and issues of race and color. A retired military man, prison official, and professor of criminal justice and sociology, he has now written the story of his father, a Black tobacco farmer and carpenter who endured the years of segregation and abuse, disrespect and violence which were the conditions below the Mason-Dixon line during the Depression years. The brutality his father endured is set against the deep friendship between his family and that of their White neighbors.

The story tends to destroy many stereotypes that portrayed all Blacks as poor, ignorant, and impoverished and Whites as violent bigots and oppressors. Discrimination and violence against Blacks are dealt with forthrightly, but the influence and acts of many compassionate Whites bridged the two worlds. Pulley’s introduction states, “This book is not an effort to defend the South during its violent, turbulent history of the Jim Crow era. Instead, it tries to give a fairer, accurate, objective and balanced portrayal of real people, their lives and events in the 1930s and 1940s.”